Okay, I have been getting a little knitting done. Just some small stuff, but it's getting me back into the swing of things.
Things have been going okay, but I'm having some pretty alone moments. For anyone who still reads my sparse posts, thank you, it helps to know I'm not just screaming into the void. It also helps to check on Ravelry and see that there are people using my patterns. Seeing all the Socktopi and Lillie Cardigans out there makes me feel a little better. I'm trying not to use the kids as my emotional crutch, they don't need that fuel for their therapy sessions later in life. 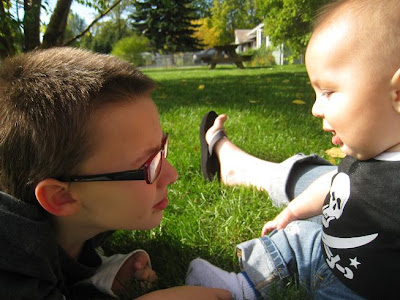 Milo just turned six, it's totally blowing my mind! His birthday is just a couple weeks past the age cut-off for starting kindergarten, so he's pretty much the oldest kid in his class. He's having a blast, though. I put us in the lottery drawings for a few of the alternative schools in the city and he got into a small school that is half-day German immersion. Yeah, yeah, why German? Because it's a stand-alone school with a lot of parent involvement and learning any language uses that part of the brain. It's not about where he's going to be in the future, it's about using that amazing young child sponge brain now!
Ash is coming up on 6 months, and the kid is a little chunky monkey. At his 4 month check up, he was the size of an average 8 month old and his head size was off the chart for his age. Huge. But pretty darned awesome. I need to start making some baby hats and taking pictures since I have the built in model. (Hey, kid, wipe that drool of your face!) 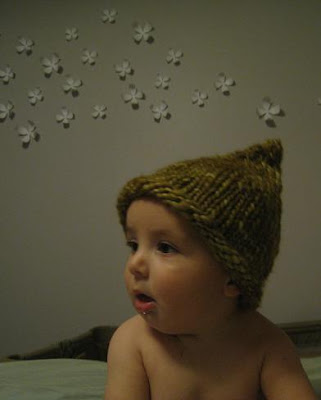 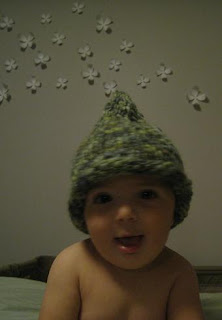 I spoke with the owner of a local baby boutique about making hats, she was receptive to the idea. As ever, though, I need to get myself together enough to have some samples I feel are worth showing (and that Etsy shop...?) so we'll see how that goes. 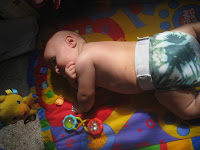 We actually did quite a bit this summer, despite being bogged down by the baby (that was a joke). We had a super fun tie-dye party, there ended up being 14 kids in all, I think. I love the Internet, I found out about the good dye and how to make a few basic designs. I even dyed one of Ash's diapers! 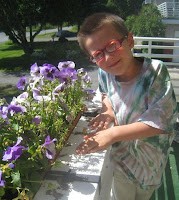 Milo had soccer the first half of summer and ice skating lessons the last six weeks before school.
I've also been revisiting some quicker crafts. Sewing is pretty instant gratification. I'm loving the 90 minute shirt! The pictures I have of the ones I've made are on a friend's daughter and I don't want to post without their permission. It's stinkin' adorable, though! I've also revisited my love for nail polish, since discovering quick dry top coat. Giving myself a simple or artsy manicure is fast, cheap and easy and a good pick-me up. I know, I bite my cuticles, it's gross, whatever. Pay attention to the pretties! 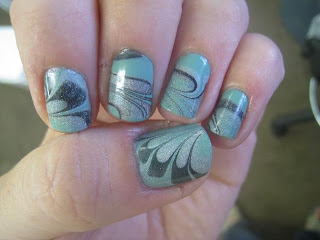 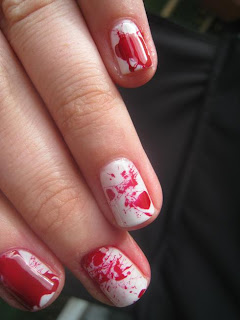 We had a pretty nice summer, but it's fading fast. We're still getting some beautiful days, but there's definitely a chill in the air. Oh, Alaska, I don't think I'll miss your six month winters. I don't think I'll be keen on killer Texas summers, but it's only temporary. Yeah, we're planning on moving to Texas for a couple years. I'm really interested to see what the hell people in Texas knit! I can't imaging anything, no matter how lacy, that could be appropriate for Texas except a month or two in the dead of winter. Any Texans out there care to weigh in? I can't accessory knit forever. Or maybe I'll adjust and 70 degrees will feel like cardigan weather.
Posted by Laura at 9:10 PM